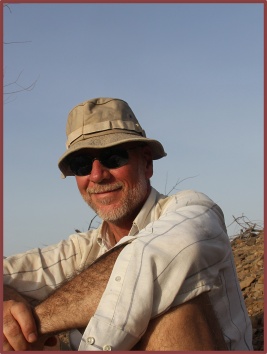 Craig is a Professor of Geology in the Departments of Earth and Planetary Sciences and Anthropology at Rutgers University, and a member of the Centre for Human Evolutionary Studies (CHES).

Craig’s research examines the geological context for evolution in terrestrial ecosystems, particularly those related to hominin evolution and the later Cenozoic. Integrating observations from stratigraphy, sedimentology and palaeontology, Craig’s work aims to establish the geologic and environmental frameworks that form the backdrop to the evolutionary and archaeological records for which the Turkana Basin is so well known.

Teaching field geology has long been a component of Craig’s work in the Turkana Basin, beginning with Harvard University’s Koobi Fora Field School (1985-1996) and now with TBI’s Origins Field School (2011-2017).  The Turkana Basin is unsurpassed as an active teaching laboratory, and really fun place to explore the context of evolution.

In his own words

How would you describe your role in the WTAP team?
“Although trained as a geologist, I’ve spent a large part of my career mending broken Land Rovers”